Away – a project around residencies (stories from abroad)

In 2016, AWAY presented artworks resulting from the temporary re-location of 105 artists, the stimuli provided by a foreign residency grant for their artistic work and its development. The exhibition Stories from abroad was located in a former Post and Telegraph Office in Vienna, built in 1909/1910 and, set up on four floors and 2.700m2, revealed a panorama of the different residency destinations and the stories brought home. I throw a party in the elevator during the opening. 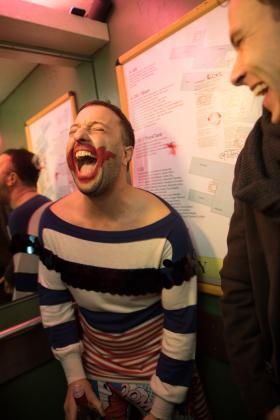